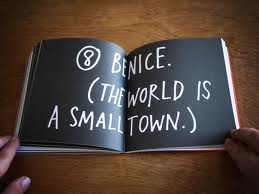 I read a blog post a few weeks ago (sorry, I can't remember who wrote it or where...I was just browsing) which stated that the writer, in no uncertain terms, was fed up with being 'nice'. She'd spent the better part of a year attempting to build her 'online presence' with a decent weekly blog, Twitter, Facebook, Goodreads etc. etc. etc and had a reasonable number of followers/friends/fans on each. Her books were selling well (for an Indie) and things were ticking along quite sweetly.

You see, she'd done her homework before she went online - she'd told herself that she was going to learn from the mistakes of others and never blog, tweet, post, like anything controversial. She had toned her language down, selected her Facebook 'Friends' with care, only shared book related blogs via Triberr and she was starting to feel the strain of being...well, I suppose she was being the 'magnolia paint' version of herself. It got me thinking - is that what I'm doing too? 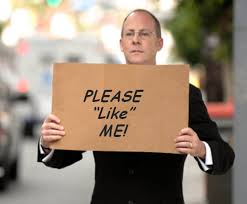 Isn't that the whole issue with the World Wide Web? Everyone wants to be liked and if you're promoting your book, music, art, whatever, then you have a vested interest in presenting yourself in the best possible light. However, as far as I can see, the people who are most successful via social media seem to be those who don't shy away from making waves, giving opinions and generally acting 'human'; which was surely the whole point of social media to begin with - one human being communicating/interacting with another. Of course...I could just be over-thinking it all!