Towards the end of last summer (remember summer? sunshine, heat, beach days? Yeah, it's been a while) I reversed over my phone. I know, I know. I was going to wash the car, you see, and was reversing it back up the drive with the door open, my phone slipped out of my pocket and CRUNCH!

My poor phone went into emergency surgery (on the kitchen table, lots of sellotape involved) and, apart from a rash of spider-webby cracks on the screen, he still worked. I celebrated (of course).
I was aware from the beginning that the sellotape surgery was not going to be a long term solution and eventually my phone and I were going to have to part company but, as with all things that have the potential to break my heart, I put it to the back of my mind and carried on as though it wasn't a big deal.
Now, I don't know about you but I had never really considered what a huge part of my life that little bundle of electronics had become - he's just THERE.
Until he started to act up.

Nothing major really, at the beginning, just the odd little quirk that I found endearing - like I can't answer/make a call normally - the phone has to be on speaker. Funny, right? Slightly inconvenient but no big deal. Recently, however, my trusty pal has gone into a downward spiral of little eccentricities that can no longer be laughed off; he is selective about which texts he lets me know about; some days he will allow me to post to Facebook, tweet on Twitter etc etc with no problems, 24 hours later? No chance of any communication with the outside world. Added to the fact that he chooses which games he will allow me to play (this changes on an hourly basis depending on his mood) and has now begun to 'forget' search requests (for example - I decide to check my sales on Amazon and hit the Amazon bookmark...he starts to search and then the search bar goes blank and the phone sits there doing a phone version of looking around and frowning in confusion) and I have starting to get very concerned about his health. 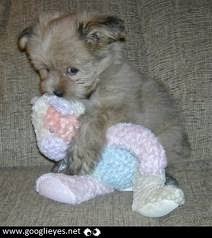 My contract is up around September time. He may not make it :(